There are a bunch of highly anticipated story lines in Week 2. We’ve got Jalen Ramsey’s fierce comments about Rob Gronkowski. Ramsey is fearless and will never back down. Having him openly state his thoughts about the beast, Gronk, makes for good TV; Trash talking is a part of the game. Another story – what is Sam Darnold going to give us as an Encore from Week 1? Then we have Week 1 hero Aaron Rodgers, who has been ruled ACTIVE for this huge divisional game against the Vikings, the division winners in 2017. In addition to Josh Allen’s debut and Josh Gordon’s troubles, how will Hurricane Florence effect games out on the East Coast?

Josh Allen looks to have the same success that fellow top 10 QB Sam Darnold had in his first NFL start. The Bills took Allen as the 7th overall pick in the ’17 draft. The Buffalo Bills literally botched their QB situation by trading away AJ McCarron and naming Nathan Peterman as the starter, having Allen back him up. Well, this didn’t work because Peterman is awful. What could he possibly teach Josh Allen? Allen would have a better chance of learning on the fly then listening to any advice Peterman could offer.

Josh Gordon has been in the news again, and it’s not good. We’re all waiting for him to get positive air time, but it is yet to happen. The Browns have been incredibly patient with Gordon and have given him many chances — more than most players get. For a team that hasn’t won a game in two years, that is a very long leash for a player who hasn’t played yet and is still making a living on reputation rather than production. And a history of substance abuse doesn’t help his cause. C’mon JOSH!! Watch for the Browns to officially release him, opening up a roster spot for Dez Bryant.

Austin Ekeler – The Chargers potent offensive attack plans on using Austin Ekeler more. He had a great Week 1 earning over 100 yards from scrimmage and a TD. Against the Bills Defense this will be a great pickup. He’ll have between 10-15 touches.

Mike Williams – Chargers have moved Williams into the WR2 slot. He was the number 7 pick in 2017 after he torched Alabama in the national championship game. Williams showed up to camp last season hampered with a quad injury that he never fully recovered from. Williams was the MVP during pre-season and he had 5 catches for 81 yards. With Travis Benjamin being injured, look for Williams to be huge. He has a body like Julio Jones from the Falcons.

Ty Lockett – Lockett played every snap in Week 1. Look for Lockett to be huge over the next month because Doug Baldwin is out with an injury for a few weeks. 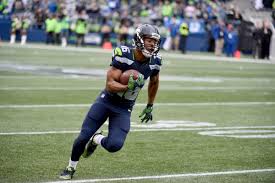 Geovani Bernard – (Week 3 because they already played Thursday) Joe Mixon will be out for about 2-4 weeks. Bernard has been in this position before. 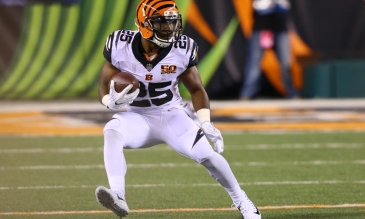 David Njoku – TE for the Browns. With the Browns not having Josh Gordon look for Tyrod Taylor and David Njoku to connect more. 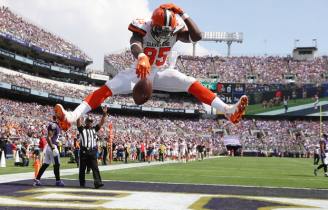