Another week closer to naming another SB and Fantasy Champion is in the books. Some very unfortunate things happened this week. We had another tie caused by missed field goals and zero defense.  Vikings, Browns, Rams, and Packers all had kickers highlight week 2, but not in a good way. Kicking cost the Browns their first win in two years. In the Packers/Vikings tie, Mason Crosby blew a chance at a win and the 23-year-old rookie for the Vikings, Daniel Carlson, went 0 for 3 including two in OT.  He’s already in the unemployment line not even 24 hours later. If Rodgers knew this was going to be the outcome I am sure he would have preferred the night off. But he’s one of the fiercest competitors in the league, no way he’s missing a rivalry game. Moving to the South East, the Swag in Tampa Bay from the QB position is real, and it’s not Jameis Winston.

Jameis Winston has one game remaining on his 3 game suspension from the NFL. Nothing knew for Jameis. However, this time Ryan Fitzpatrick has the Buccs off to a 2-0 start and he is throwing up video game numbers throwing for over 400 yards in both games. Desean Jackson and Mike Evans are both heavily involved. Half the battle is keeping the ‘drama Queen’ big name Wide Receivers happy. Winston better get used to being a backup the rest of 2018. Fitz doesn’t look to be in a hurry to give up the job. I mean look at his post game interview borrowing Desean Jackson’s clothes. Head coach Dirk Koetter is already on the hot seat in Tampa. He doesn’t have a long enough leash to risk this team losing steam with a QB shakeup if he let Winston start week 4 when he returns from suspension. He has no choice but to let Fitzpatrick run with this hot streak.

Out in Arizona there has been no indication that McCoy and Sam Bradford are on the same page. Everyone in AZ except for new head coach Steve Wilkes believes it’s time for rookie and No. 10 overall pick, Josh Rosen. We understand the Rams defense is absolutely stacked. To not even break 100 yards and to look ‘clueless’ most of the time is a problem. Arizona has mustered just 6 points in two games this season. They only put up 6 points vs. the Redskins in Week 1 and a fat 0 against the Rams. Bradford has a 60% completion percentage and 243 yards in two games with zero TD’s. Future hall of fame Wide Receiver, Larry Fitzgerald deserves a better QB situation. The most loyal and well-liked player in AZ history needs a change. Bring in Rosen and let the kid go to work. 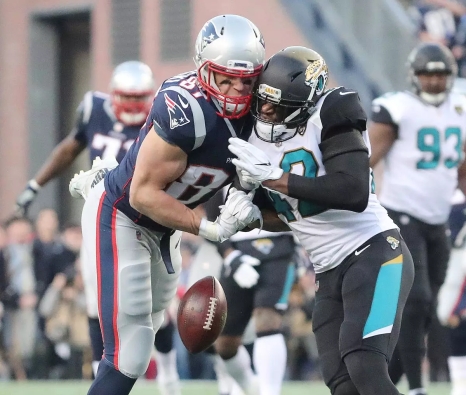 Jalen Ramsey called out all-world Tight End, Rob Gronkowski. Stating that he, “wasn’t impressed with Gronk.” Well, Jalen was right. At least for one weekend, Gronk was shut down. He had two catches for 15 yards in the loss to Jalen Ramsey and the Jaguars. It is very unlikely that Tom Brady gets shut down completely for a full 4 quarters. Holding the GOAT, Tom Brady, to 230 yards and 2 TD’s is a win for Ramseys ‘fearless’ Jaguars defense. They shut the Belichick/Brady dynasty down. 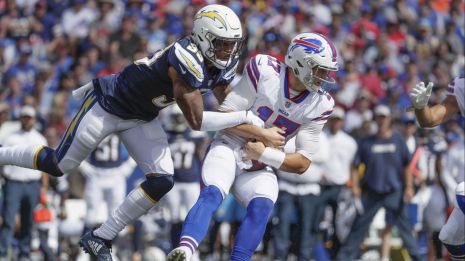 For the second week in a row we have a tie. Aaron Rodgers miraculously came back from the locker room in Week 1 to lead an epic comeback. All week-long he was a question mark on playing this Sunday but he’s Aaron Rodgers and this is the Vikings. The game appeared to be over on a Packers interception but Clay Matthews was flagged for an awful roughing the passer penalty. This gave Cousins and the Vikings new life and they marched down the field scored a TD and a 2 pt-conversion. Then it got wacky. Mason Crosby missed a FG to win the game in regulation. Vikings kicker, Daniel Carlson, botched two FGs in OT causing this game to end in a tie. Daniel Carlson has been cut by the Vikings already and they have added Dan Bailey.

Since we’re on the topic of kickers, let’s keep it going. The Browns kicker Zane Gonzalez missed 2 Field Goals and 2 extra points. The Browns lost by THREE points. The Browns haven’t won a game in two seasons and their Kicker cost the team 8 points and they lose to future hall of fame QB Drew Brees and the New Orleans Saints. Can you imagine if the Browns snapped their losing streak against the Saints? The citizens of OH would have gone bonkers. The best part about Zane Gonzalez missing these Field Goals and costing the Browns the win, he went to Arizona State. It’s one thing to have the city of Cleveland ripping into you, but when Lebron James is coming at you publicly, that is not good for anyone. 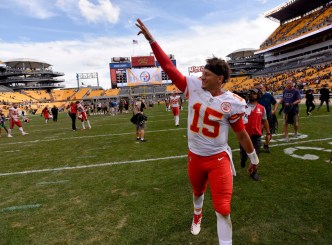 Let’s talk about the new QB everyone should know by now. If you don’t know who Patrick Mahomes is by now then you should just stop pretending to be a football fan. The Chiefs ditched Alex Smith for Pat Mahomes. Who is very opposite from Smith because he isn’t afraid to throw the ball down the field. Mahomes has 10 TDs and 0 Interceptions in his first two starts against the Chargers and Steelers, two teams that are picked to be in the playoffs. 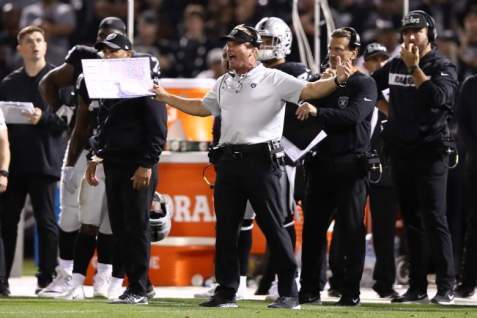 Jon Gruden and his money-filled pockets is still searching for his first win. Gruden has dug himself into a ‘black hole’ after 2 weeks. Week 1 he had the Raiders locker room believing they can beat the Rams after the first half. Unfortunately for Gruden and the Raiders, you have to play two halves. The Raiders were winning most of this past game, Case Keenum led a very mediocre 4th quarter drive to get into FG range late in the game setting up a game-winning Field Goal for Brandon McManus. Gruden still says he has no regrets about trading away their best player Khalil Mack. Mack would have been very useful on that final drive. If you question how big of an impact Mack has on a defense just watch the Bears defense on Monday Night.

In the Bears/Seahawks showdown on Monday night, there was tons of defense. If you like defense you’d like this one. Defense does win championships after all. On a night that the Bears celebrated hall of fame LB Brian Urlacher it’s only fitting that defense would steal the show tonight in his honor. Khalil Mack looks to be on a mission to show Jon Gruden what he let get away.