Lute Olson created a national powerhouse at Arizona and earned Arizona the nickname Point Guard U. It was the back court of Damon Stoudemire and Khalid Reeves that first earned the nickname. Then years later the play of Jason Terry, Miles Simon, and Mike Bibby played together on the Arizona National Title team. If you were an elite point guard, Arizona was the place to be. However, TLC said it best about Point Guard U, “We don’t want no scrubs.” If you wanted to play out in Tucson, you had to actually ball. Since the Lute Olson days Sean Miller has looked to bring that great tradition back. He had TJ McConnell but he was a transfer. Miller hasn’t been able to lock in the number 1 guards out of high school. This year he received a commitment from Brandon Williams who chose Arizona over Gonzaga and Oregon. Next season Miller has made a big splash in recruiting by securing the top overall Point Guard, Nico Mannion. Every coach wants to win the in-state recruiting battle. Nico is a local kid from Pinnacle high school. Brandon this year and Nico next year confirms that Sean Miller is the best in the business out West in recruiting.  He’s bringing back a rich tradition of elite guards back to the University of Arizona right where they belong!

Nico Mannion is also bringing a prized recruit with him to Arizona in the Australian Stallion Josh Green. Together, The Red Mamba and Australian Stallion have made huge news for UofA basketball. Nico falling after the footsteps of The White Mamba which is Brian Scalabrine and The Black Mamba obviously Kobe Bryant. At a time Arizona needed it the most. Nico was originally in the 2020 class but reclassified and is eligible in 2019. Mannion is just the beginning. The 5 star recruit and nation’s top PG in the 2019 class is bringing one of his best friends and AAU teammates Josh Green with him. These are two top 20, maybe even top 10 overall players for next years class depending on which recruiting site you look at. Miller is starting to regain his savage recruiting even with the FBI investigation into college basketball violations. Add in Dylan Smith and Brandon Williams to play with Nico and Green we should be scary good next season. As Cats fans we tend to get ahead of ourselves every time Miller nabs a major recruit so we have to focus on the young men we have in 2018. 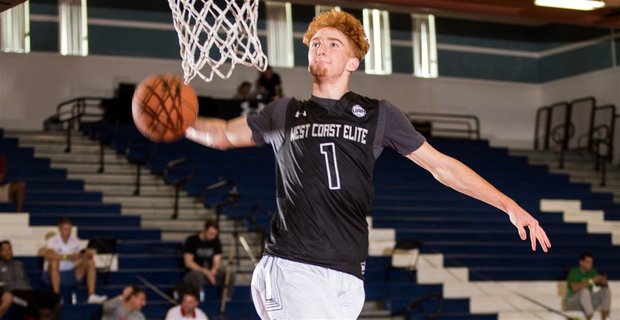 The challenging part of running a top-tier program is finding playing time for ‘blue chip’ players. Keeping high-caliber players happy with playing time is a challenge but Miller is no stranger to it. Having Nico and Green who already have on-court chemistry will certainly help get them up to speed quicker. The level of competition that Nico has gone through is more than most 17 year olds, he was born for this. He played for the Italian National team and lit it up including a 42 point game against Russia. Together, Josh Green and Nico Mannion formed the best back court in the country for the West Coast Elite AAU team. West Coast Elite finished 2018 with a 35-4 record. They didn’t lose a game when the two played together.

“They were the best back court in the country and were and will continue to be tremendous leaders and ambassadors for our West Coast Elite program. We are very grateful for them.” – President of West Coast Elite Ryan Silver

For Miller and Arizona, or any elite program, finding the right cohesiveness on the court is one of the biggest challenges. Look at Chase Jeter at Duke. He was the number 15 overall player out of high school but only averaged 2 ppg at Duke. UofA is happy to be the benefactor of his decision to come play out West where he belongs. The right fit makes or breaks a kids development and Josh Green and Nico Mannion both want Miller to take them to the next level. This year they will have Justin Coleman at Point Guard to keep the seat warm for Nico until he arrives in Tucson. Point Guard U is back Cats fans.