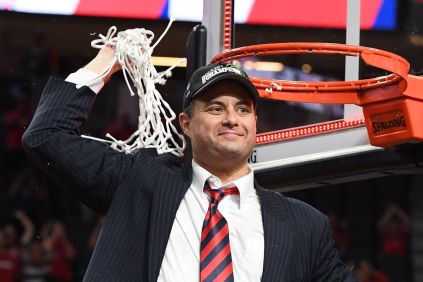 For the first time in a long time, Arizona enters the season just barely outside the top 25. Projected to finish 4th in the PAC 12, which is generous per Miller. Outside of Arizona and it’s fans, nobody really thinks they’re much of a threat. That is a positive for us, looking to remove the bullseye and be the attacker is a nice change. We’ll see how it pays off in March. 2019 is a different story. Miller and Arizona went from 0 commits in this year’s class to a top 25 recruiting class in a matter of months. He’s relentless and he cares about his players. The top returning scorers are Dylan Smith and Brandon Randolph who each averaged under 5 points per game last year. He lost his starting senior PG and 2 seven footers. In little to no time at all, Miller has found his starting PG for the ’18-’19 season and a nice complementary cast. Definitely no shortage of talent and athletes on this team. Colemen will be the heartbeat of this team. He’s ready for it.

Coleman was a former top 50 HS recruit in the Nation back in 2014, out of Birmingham, AL. He saw an opportunity to get major minutes in the Conference of Champions, or otherwise known as the PAC 12. A very smart decision based off Sean Miller’s track record. He brings playmaking ability, explosiveness, ball handling, a phenomenal passer, but most importantly he’s one tough-minded dude. Look at him, he’s laser-focused 24/7, even on the bench with a 30 point lead he’s dialed in. March Madness is built around great guard play. It is a very rare feat for a freshman PG leads his team through March Madness. Coleman is quite the opposite, the season opener marked his 100th career collegiate game which is No. 1 for active players. Let’s look at Coleman early on in his collegiate career as the No. 46 rated player in the ’14 class.

Coleman had 10 college offers out of HS. Kansas, Cal, Auburn, and Kentucky were a few schools that reached out to Coleman in HS. His heart was set on Alabama. Starting 9 games as a freshman only to start 7 games as a sophomore even though he averaged more PPG and minutes per game. There was a lot of hype around Coleman heading into his second season at Alabama because of his explosiveness and toughness. That is when he made the decision to transfer to Samford University in his home state of Alabama. 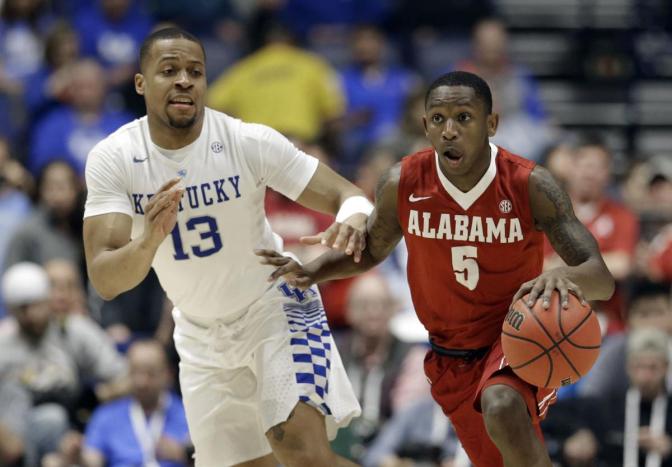 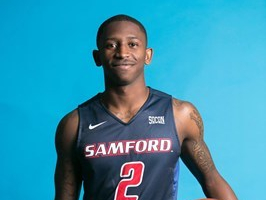 Coleman, like any player, wanted to start and contribute, not asking too much right? He ended up transferring to Samford University. His lone season at Samford, he managed to crank out four 20+ point games and nine games with 17+ points. He also averaged over 6 assists a game. Two of the biggest games came against Oregon where he poured in 20+ points his sophomore year and 19 against LSU at Samford. That brings us to the ‘now’ and Coleman making the cross-country trip to Tucson.

In an off-season filled with more questions than answers Miller was scrambling to find a reliable PG, Justin Coleman was his savior the day he committed. Coleman is a better answer than any 5-star freshman. He’s already battled tested. Miller’s got a very solid track record for previous transfer PG’s like Kadeem Allen, Mark Lyons, and, of course, TJ McConnell or the GOAT. Coleman is a mixture between TJ and Lyons with his scoring ability. Don’t get it twisted though, Coleman is a pass-first PG that can score it if his team needs it. In tourney time, having a proven upper-classmen PG is critical. Someone that can break through the teeth of defenses with his handles. Or someone that can hit free throws in the final seconds in front of a hostile crowd. Those are two of the most important factors for successful tournament teams. Coleman is going to be gold for Arizona basketball as we await the arrival of Nico Mannion in 2019.